After concerned citizen by the names of Sharif Sentongo came out yesterday with a summon for Dr Hamza Ssebunya over his romantic affairs with singer Rema Namakula who happened to be Eddy Kenzo’s lover.

Mr Sharif Sentongo through his lawyers is pleading to the Allied Health Professional Council seeking to have Dr Ssebunya Hamza summoned by the disciplinary committee over miss conduct and wrongful use of his office..

The photo of the summon set social media on fire with many online-in-laws in support of the letter.

Upon receiving the news, Rema’s now ex-lover and father of her daughter singer Eddy Kenzo was surprised at how far people would go. Through his social media in a post that he later deleted, Kenzo questioned whether it was just part of the usual social media drama. 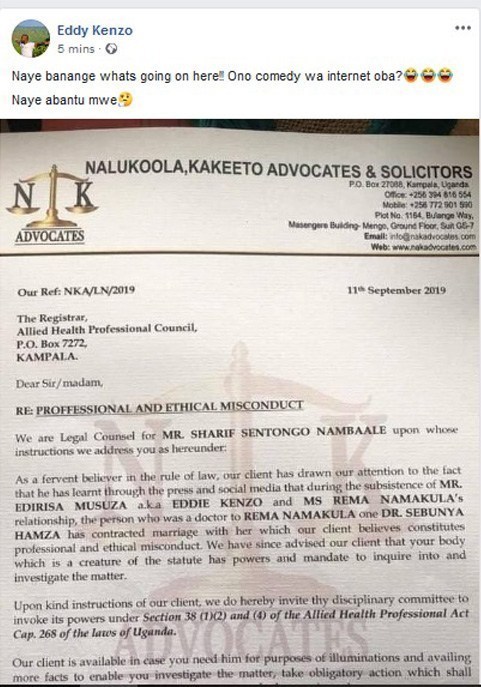 You Are Mine, Eezzy Assures Lydia Jazmine In A New Song[Download]

I Was Poisoned from My Village - MC Gillbrown Speaks with tears