It is officially here, Rema and Eddy Kenzo are no more.

The Celebrated couples are set for a life time break up as one our ground snoop landed on a copy of an invitation card for Rema's Introduction.

We can now confirm that on 1st November, Rema will introduce another man to her family in Nabbingo.

Rema silently moved out of their shared home with Kenzo leaving only their daughter.

The new man is yet to be identified but we can confirm per now that, Kenzo and Rema are no more.man, whose name we are yet to find out. 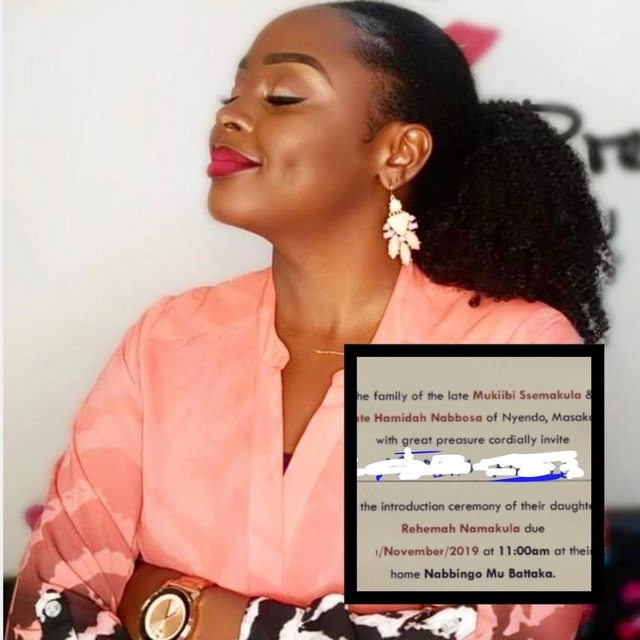 The cards have been sent to a few media individuals inviting them for the Introduction in Masaka in November.

Sources claims that, what has been holding Rema in their affairs what their house in Seguka which they both apparently contributed to buy. She has been finding it hard to let go but now she wants a new life.

Kenzo has also moved on with a new girlfriend.