Trouble Base Entertainment boss Lucky Dee looks like not quiting to bring us more trouble sooner or later.

Just a few months after releasing his mega song 'Madit Kwo' the song has become an anthem to many after months of silence and struggle for a hit song.

To pay back his fans for the love, Lucky has set dates to visit his fans.

He released the 5 stars road map location to close the month of May on his social media.

Lucky Dee says, Lock down has greatly affacted his income just like it did to other artists. This will be his first visit to his fans since March.

The boss is one of the most valued artiste in West Nile and Alur music. 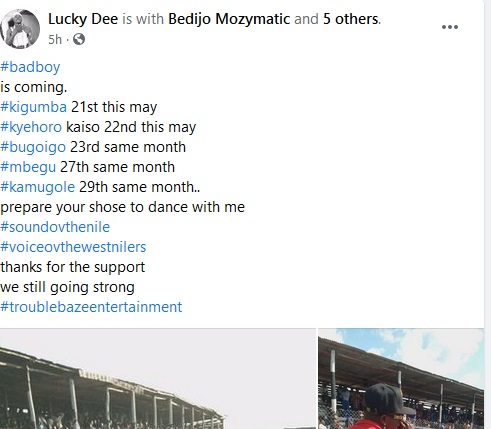