One of West Nile’s leading Rapper O.P.U KobokoBoy a.k.a Mr. Monyeka who came to be known in West Nile for hits like Akamine, Dear listener, Alemi among others solidified his presence after he won the MTN Hip Hop Northern Rapper 2019 on the strengthen of his EP “Since I Returned Home Vol 1”.

The rapper who has been silent musically for the better half of 2020 and with no music out yet for 2021 is back in the news with a different twist of event.

According to information www.westnilexpozed.com has landed on, it has come to be known that, The rapper through his entertainment company Made In West Nile Entertainment will be hosting a weekly football league in his village of Ludara called “Monyeka Premier League” which also happens to be named after the rapper.

The first games will be played on 19th May 2021 at the Lima Sports Grounds with Lima FC Vs Indiga FC. 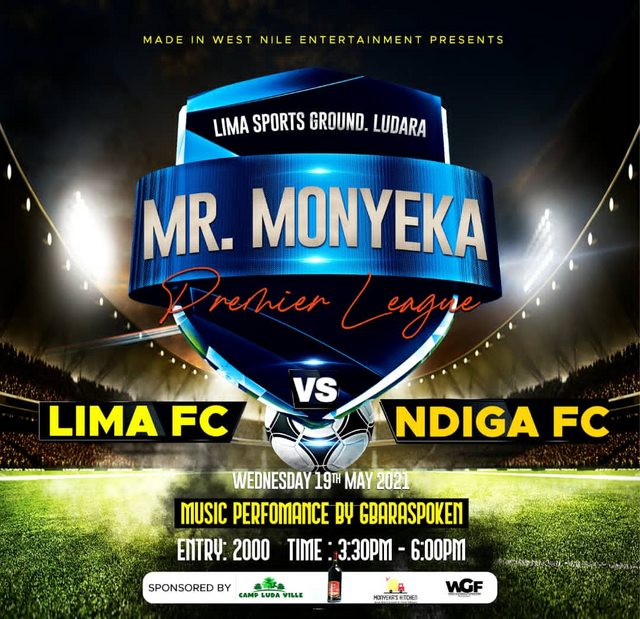 The rapper through a phone interview with us promised to share more details on the long term goals of the league named after him since was yet occupied by the time of the call.