The two were spotted today 26th April at Arua City's top Liquor shop, "The Liquor Hub" opposite Matongi Discotheque having some tantalizing moments.

Tight hugs and some tight squeezing were captured by our camera as seen below. 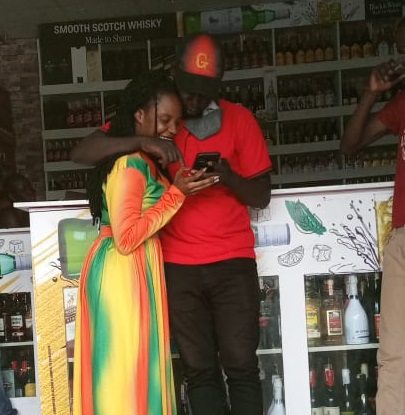 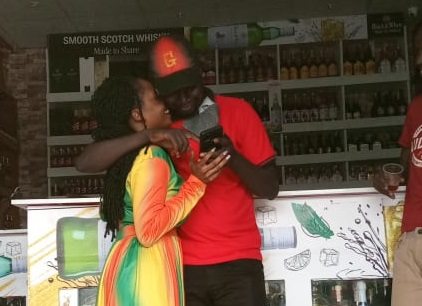 Remember, it was rumoured years back when Quin G was still an upcoming artist that the two were in a romantic relationship and were anticipated to become the first celebrity couples then.

As the saying goes a; retired Soldier will never throw away his gun, Passy seems to be picking up his gun from where he threw it.

Arua city is a generous city known for sharing, celebrities believe in sharing and our cameraman says the street is pretty sure that, this is another shared venture and likely to yield fruits.

Westnilexpozed shall keep you posted.