Inside The New Formed Association By Paidha Artistes.

The latest news coming in has it that, yesterday, 28th June 2020, artistes from Paidha put all their diffrences aside and formed a new music association callled Paidha Music Artists Association(PMAA).

It is said, the Corona hardship openned their eyes to embrace the formation of this association to unite and help them face the hard and good times together even in the future. Over fourteen(14) artistes from the town came and attended the meeting that led to the elections of the office bearers for the association(PMAA). 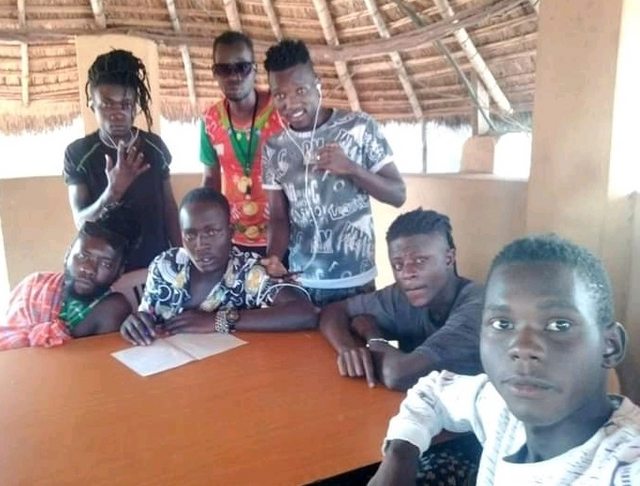 Musician Ragz was elected as the Chairperson of the Association with Wyne B as the Vice. The deeped voiced Kaga Boy was given the secretary post since he likes writing hard lines.

The 14 artistes that met said they want a united body that can fight for their rights and develop their career with one voice.

However, Paidha already had such an association with the likes of Ashledy Dee and Captain Paul as the rock of it. We are yet to confirm whether this new association came as a coup or it will use the same umbralla but with new leaders.

I Only Wanted Their Money- Bad Black Speaks In Red

Arua Based Joshman Perfection in tears on his Birthday