Following an eye brow raising news that rocked social media & left many in ewe regarding the visual works of a yet to be released Bennie K's Ini Kendi Video that found its way Online before Official release, Kampala based Rwoth Midhug Alur (King of Alur Language) W'ojok Dekoda has Come out to Rubbish the talks & hit the last nail to the Long discussion of How the video could have got it's way out of the Production room plus Gadgets & by who before the Official release.

In this Case, Dekoda concluded that, The story of the video claiming to be uploaded from a back door is a stunt & Pre-Promotional measure.

www.westnilexpozed.com was however informed of the leaked video that was shot by Premiere Filmz & photography early this week.

Accordingly, The Artist, His Manager Pow Erickz & Premiere Filmz & Photography have made a request to Youtube management so as to help pull down the video from a channel of an anonymous only identified as DJ Timothy who is said to be having 4 Subscribers. 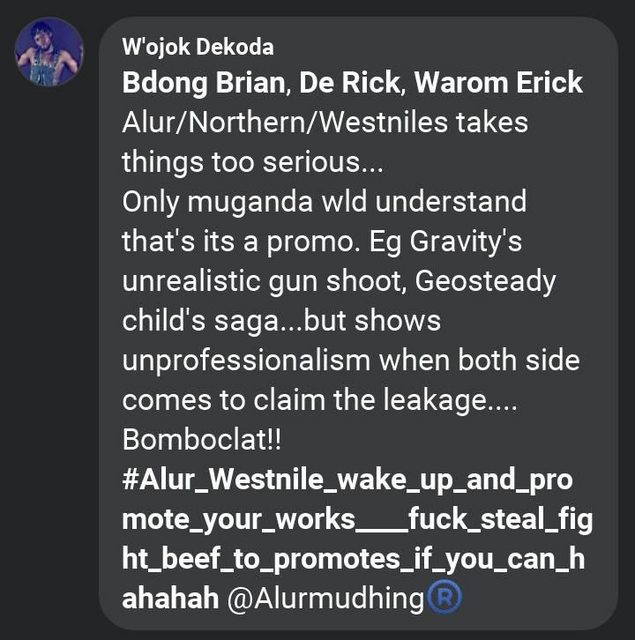 Pasha Amaro Breaks Odds like a Magician, Lives Ex lovers wanting her back