Lately, Facebook posts from motor-mouthed Veteran Journalists & Editor of a famous South Sudan website Mistersabuni has been received with mixed feelings by his Arua followers after Opening up on his Love for Capital FM's transmission in Arua at the expense of the local existing media houses & Personnel.

While talking to westnilexpozed.com this evening, Pakalast said His Posts are meant to Attract the attention of Capital fm so that they can think of Playing Westnile songs in their Stations too.

Sabuni argued that, His war is not a bad one since he also wants Westnile Radio Stations & Presenters to pull up their socks & Broadcast Professionally like the City based Presenters.

" Now this Lucky Presenter Requested for a link for our artists n I gave our own westnilexpozed.com, are u not happy ? What I want is Our music to be played on capital since it's a national radio. I wanted to attract capital fm's attention. They also promised me that the songs will always be playing forever depending on their quality. I gave her artists like Gbaraspoken & Monopoly Among others " Adds Mistersabuni.

Mistersabuni who launched his social media attacks Recently after Capital fm fixed their Audio transmitter in Arua concluded that, "Because of these my Posts Now see how Arua presenters are working harder kede" 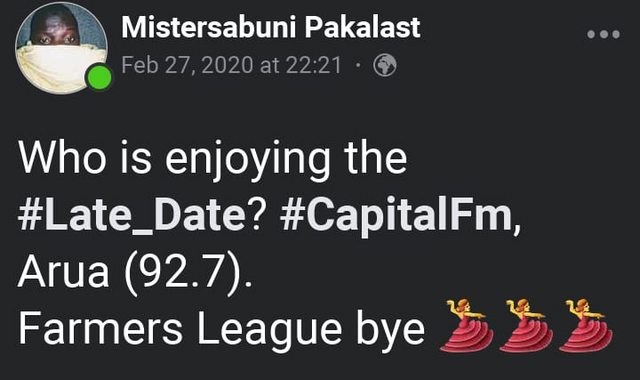 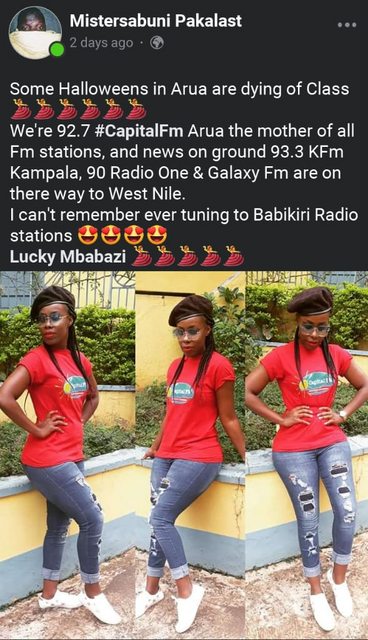 True, I Had A Crush On Alemi Zaidin And I Hate G.A Swagga- Quin Quee Reveals

Zombo Gospel Artiste In Trouble For Abuse Of Copyright