The caterpillars won their first match with  Police before losing to Proline. And they had to bounce back away over the weekend against Express Fc at Wankulukuku with a 2- nil victory.

The two goals scored by veteran striker Samson Ceaser Okhuti sent Ondu on top of the league with 6 points in 3 games.

Here is the Table Standing ; 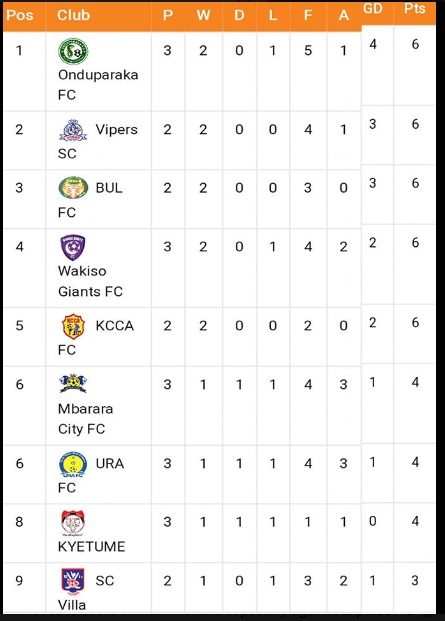