For long, it has been an always Question that keeps raising many eyebrows without answers as to why many Female Artists in Westnile & Northern Uganda's Entertainment Scene haved remained stagnant or lose value in the game faster despite being Talented.

Many factors discussed has always attributed them among others to not being serious.

As It's always a Guess, One Bold Vocalist & Arua based Female Artist has come out to say it loud & Hit the Nail on top.

Through her Facebook account, Pasha Amaro a household name in Westnile Entertainment this morning opened up on one of the Challenges female Artists go through as Demand for Sex by the Male Counterpart who are on the Entertainment Steering Wheels like the DJs, Media Presenters & Promoters.

While Speaking Privately to westnilexpozed.com, "Pasha declined to disclose any name for the moment but Says she'll provide the Screenshots of the messages soon should they continue with their demand".

The Post has since seen comments from her fellow female Artists across the Region like Madi's Brandy Shez, Self Proclaimed Acholi's Best Kept Secret Aol HopeCathy, Mamisho Zuena among others confessing the same, Something that has made Socialite Brenda Scan to Open up on the reason for saving her singing talent to entertain her daughter. 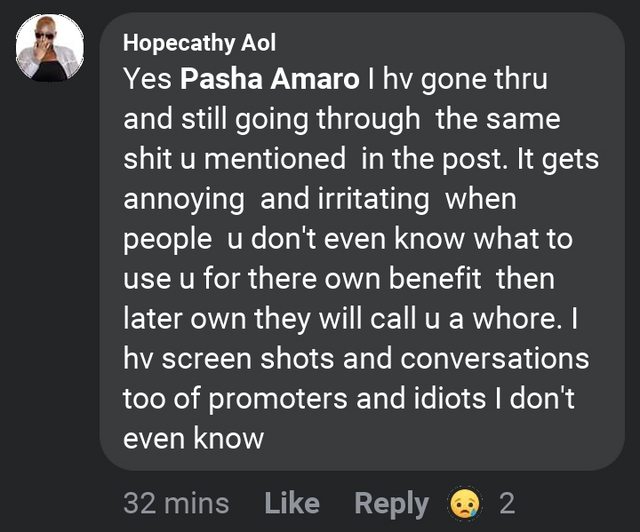 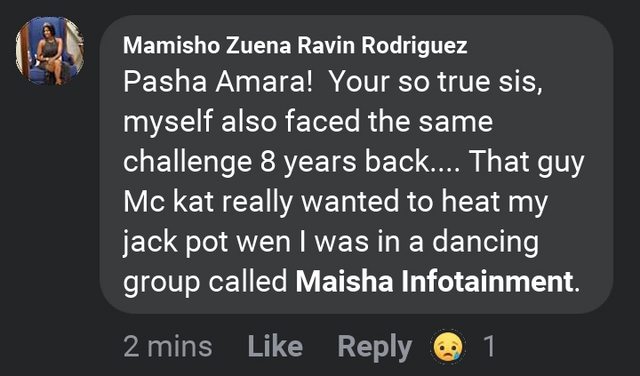 Pasha is a talented Westnile Vocalist, Singer & Student behind a number of hits like Number Alu, For your case cover, Sound like a bird.. etc