Harmonize will performer at the event amongst other music stars across the Africa and Uganda.

Kenzo and Harmonize have worked on two collaborations before with both songs; Pull Up and Inabana going on to dominate the airwaves across East Africa.

The Kainama singer, through a comment on Eddy Kenzo’s promo post on Instagram for the post-Harmonize’s new album, revealed that he will be meeting Kenzo on 28th March at the show in Kololo.

Eddy Kenzo’s festival is the first-ever music festival in the history of Uganda and anticipated to give revellers an action-packed experience. 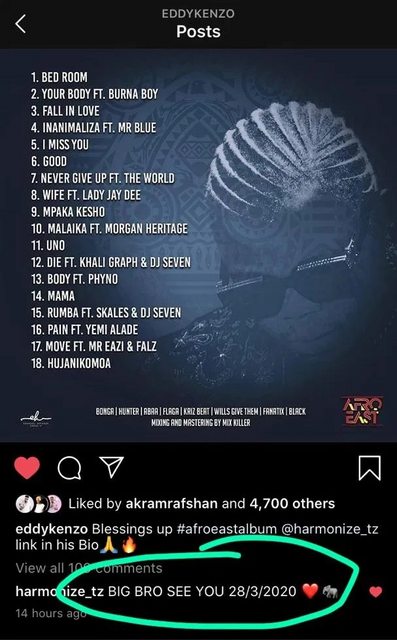