Just a day after self Proclaimed Hiphop ma Abiba loosely translated as (Hiphop Wizard) Rappa Blutit dropped his new Audio Okoto (Knock) out of his On the Street Album, A section of Fans swallowed the new jam with mixed feelings with some openly Roasting him for turning Hiphop into a Copy Cat Genre.

Blutit's Okoto song is a Lugbara version of Totori by Wizkid, Id Cabasa & Olomide from Nigeria which is his Second remake after the Breakthrough Tomato Sauce Song which Originally was Financial Woman by P Square & Phyno.

A section of Concerned fans have on Facebook said, Such copying style is one of the reason the local market still lacks support from the Consumers. 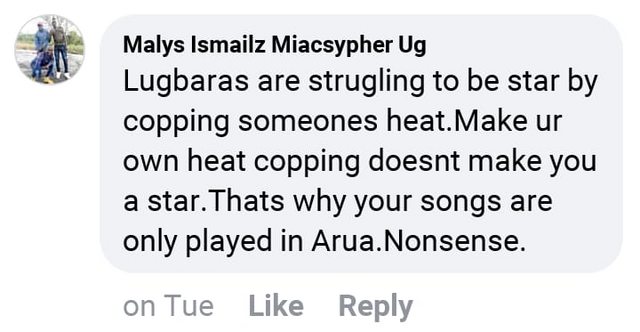 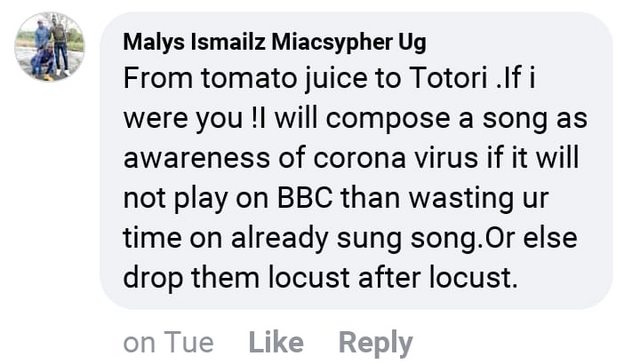 Lately, It has become a common trend & Style for Arua Artists who have take it upon themselves to remake Songs & Produce Covers Instead of composing New Songs which a number of media players fear it could lead to reduction in Music Consumption by the local Audience.