Gagamel Boss Bebe Cool is among the top most artistes with Big hearts of giving back to whoever help him climb.

The singer has on Sunday 9th Feb 2020 gifted his music producer and song writer, Producer Ronnie with a new car.

Producer has produced and written hit songs such as Wire Wire , Nkuliyo and others for Bebe Cool. 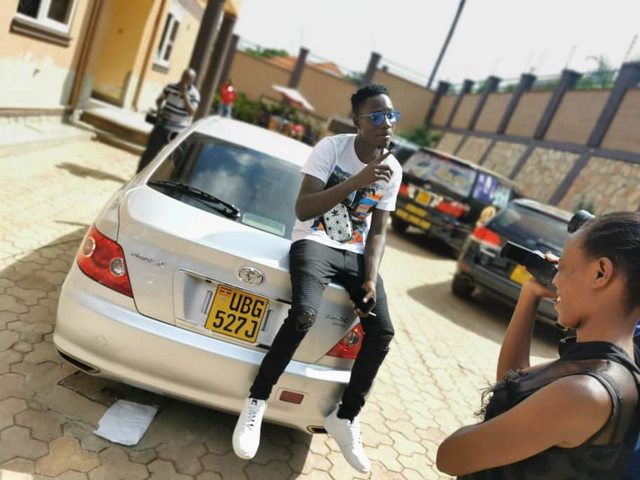 Ronnie formerly worked at Power Records owned by Renix Pro before putting up his own recording studio called Sweet Sounds where Bebe Cool , Eddy Kenzo and other Ugandan musicians have managed to come up with hits.