FUFA has today interrogated the Chief Executive Officer of Onduparaka FC Mr. Pius Bamwange over a statement released by the club about allegations on the predetermination of results.

Earlier this week, Onduparaka Football Club released a statement via their social media pages describing how there has been an invasion of the Startimes Uganda Premier League by match-fixing agents.

Part of the statement read; "Onduparaka FC is concerned about the growing invasion of the Uganda Premier league by persons whose sole agenda is to manipulate league games with promises of huge sums of money to those willing to adhere to their demands. "

The statement has since then attracted the interest of the Ugandan Football Governing body, FUFA, to swing into action and question the Club Administration over the allegations. In a statement released by FUFA, it does not provide the details of the interrogation but confirms that the process will extend to two other members of the club 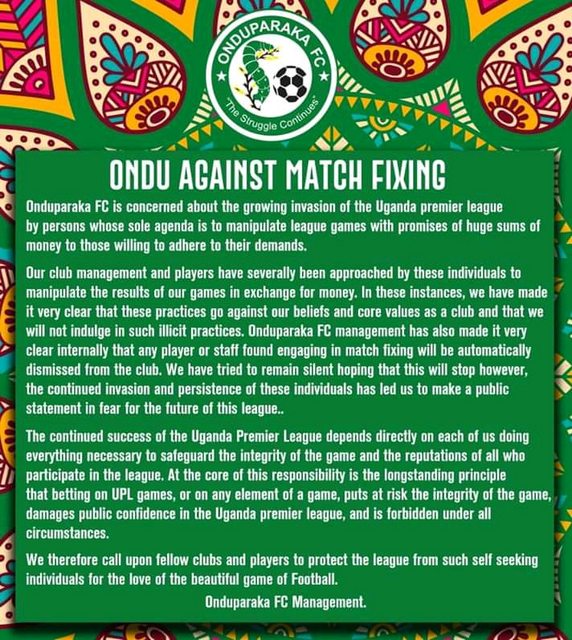 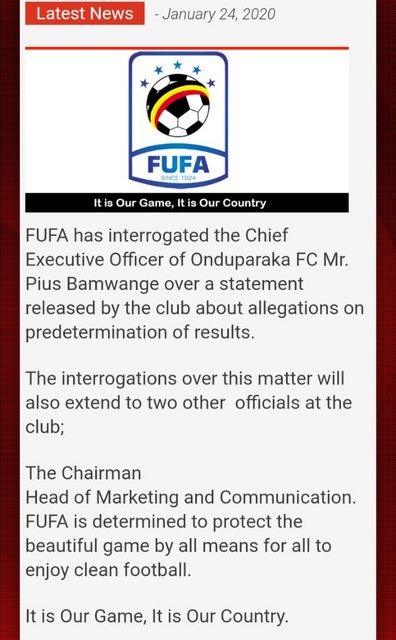