Last week, the internet got shocking stories on social media between one of the Alur artiste, Hassla who attacked the management of New Matonge Discotheque, Nebbi for failing to pay him.

Hassla came out and blasted the management of New Matonge for failing to settle his payment after he rendered them his performance service.

Through Facebook, Hassla posted in one of the most followed Facebook Group page'' Alur Music Lovers Seasons*2'' that one Warom who happens to be the new owner of this Discotheque failed his loyalty after all he did for him by connecting him to Daddy Andre for the show. He says Warom promised to pay him but turned against him and refused to pay him after the event.

However, our sources has it that, Warom is too much disappointed in Hassla for spreading wrong information about him online. Warom told our sources that, he did not pay Hassla because Hassla failed his role as an artist.

''It is true, I agreed to pay him(Hassla) ugx 400,000 for his performance on 10th Jan 2020 at my club. But he failed me, he did not show up that day, I and my team looked for him all over and even tried reaching him on his phone number but it was off. What did he want us to do? He did not perform and only appeared at 4 am after the main artiste Daddy Andre had already performed. I can not fail to pay Hassla a mere 400K if I could manage to buy Matonge 40 Million Shillings cash without credit... I opted to give him transport of 95K even after all these but he rejected it.'' - Warom explained

Hassla was supposed to perform among the artistes that performed on 10th Jan 2020 at New Matonge Discoteque together with Daddy Andre. 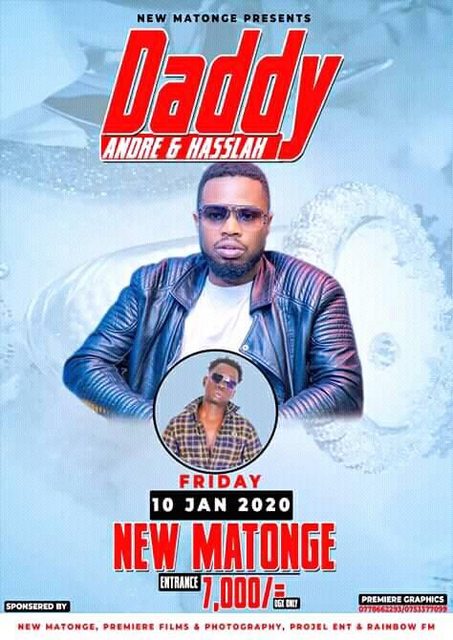