For the past few weeks, rumours have been making rounds about the exit of Coach Livingstone Mbabazi from the Arua based football club, Onduparaka Fc.

However, the club has been refuting this claiming on grounds that, Mbabazi is still committed to working with Onduparaka Fc, something that got the fans puzzled.

But today, Onduparaka has bowed down to rumours and has admitted that Mbabazi has left the club.

''We can confirm that Coach Livingston Mbabazi has left the team.

Thanks for the time and good luck in your new home!'' 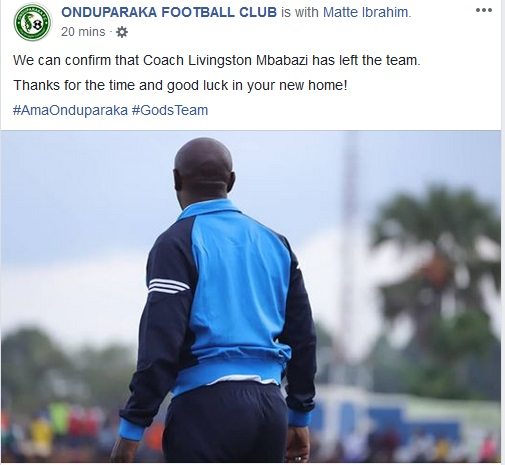 Mbabazi has now been confirmed as the new coach of Wakiso Gaint.